​Logline: Amidst a World War with Germany that threatens the lives of the Jews,
​Julius Rosenberg becomes a spy for the Russians in hopes that the Russians,
an American ally in the war, will do what it can to save his people.
​Leading to the most notorious trial and execution of the 20th Century.
​
"Among Top 30 Scripts" - The Nicholl Fellowship in Screenwriting.
​
CHISHOLM - A WOMAN OF BOOKLYN

​Logline: Shirley Chisholm, a schoolteacher, rises from the streets of Brooklyn to the halls of Congress,
becoming the first women to run for the Democratic Presidential Nomination,
​stopping at nothing to bend the moral arc of American towards Justice.

​Logline:  Signed to an NDA. Logline is being kept under wraps.
​In Pre-Production
​

Puck My Life
Comedy/Sitcom
Logline: signed to an NDA, being kept under wraps.

Available on Amazon and other Booksellers

​THE IMPORTANCE OF BEING EARNEST PART DEUX:
THOROUGHLY STUPID THINGS
​
Logline: In this critically acclaimed sequel to Oscar Wilde's
​The Importance of Being Earnest, Gwendolen and Cecily go undercover as attorneys Ernest and Ernest to find out why Jack and Algernon spend so much time at the local men's club. When they meet alluring cabaret singer Bibi LaFlam and a menacing French Inspector, the ladies get more than they bargain for in this thoroughly "Wilde" comedy.  Winner of the 2008 Best Playwrighting Award at the New York International Fringe Festival.

REVIEWS:
“A Comic Masterwork… A veritable monsoon of precisely executed comedy demonstrated by a most-polished cast.  Each actor superbly draws every drop of amusement from Mendez’s script, with its matchless gift for literary allusion, I hardly expected thoroughly stupid to be so bright.”
Leonard Jacobs- Backstage

“The ending of the play, which nods a midsummer night’s dream, even has a touch of somber note – marking the reality of the world which confounds us. Making such a touching and poignant ending was a brave and successful choice, hilarious, and ridiculous evening. Now that’s what theatre is!”
Andrew Bellware – Braidwood Films

“**** (four stars) Montserrat Mendez’s follow-up to Oscar Wilde’s The Importance of Being Earnest is the rare sequel that doesn’t disappoint. The upper classes remain frivolous and atwitter as Mendez picks up Wilde’s story.  The endearing Gwendolen (Emma Gordon) and Cecily (Amy Forney) suspect their husbands are having affairs – so, as any good wife would do, they disguise themselves as men and spy on their spouses at a gentlemen’s club, slipping in and out of their false identities to choruses of laughter from the audience. Mendez’s script weaves a lattice of clover wordplay and has great fun blowing up and rebuilding the fourth wall. Barely pausing to inhale, the fine cast reels off Mendez’s verbiage with aplomb, in accents whose tongue-in-cheek snootiness is perfectly matched by the wry smile that Mendez flashes at Wilde.” Ashley Hoffman – Time Out
​ 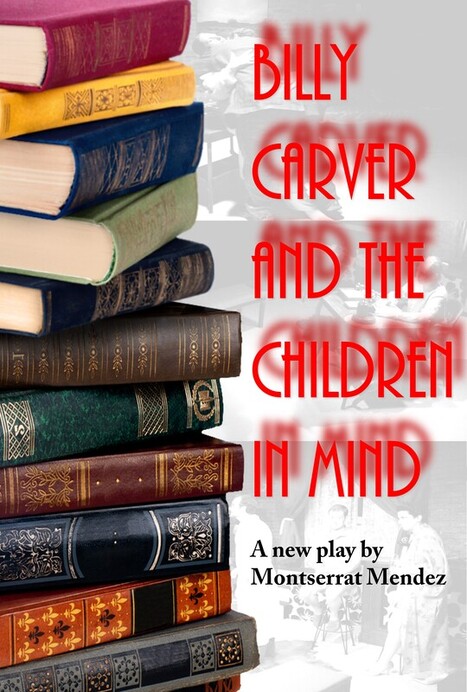 Billy Carver and the Children in Mind
​
Logline: Billy Carver is the werewolfian brainchild of feted writer Rebecca Roman Redd, but she thinks of ending it all when reviews for he latest book recommend she put her stories on the big screen. A fast-paced farce as her pack of hangers-on are horrified at the prospect of their livelihood being killed, but all that Rebecca wants is a chance for true love or a true orgasm.

“The most lavish and beautifully realized production I’ve yet seen at Manhattan Theatre source… Stunning!... The play’s overall literary theme and style make Billy Caver feel like a rare visitor from a long-gone theatrical era; yet it’s a brand-new piece, written almost literally overnight, which is why Montserrat Mendez is a young theatre artist to keep a particular eye on.”
Martin Denton – nytheatre.com

​ALWAYS TO BE CONTINUED